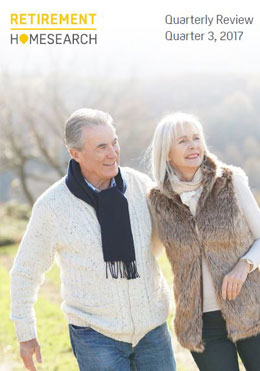 A survey conducted by YouGov on behalf of Retirement Homesearch shows that 19% of UK over-50s believe it is ‘likely’ that they will spend their autumn years in a purpose-built retirement community.

Yet such housing comprises just 2% of existing housing stock – meaning that a vast demand remains unfulfilled.

1,000 over-50s were asked first whether they were likely to move into a specialist retirement community, and then what factors were most important to them in deciding where to live in retirement.

If the results are taken as representative of the UK over-50s population, it would mean 4.5 million people competing for around 500,000 retirement homes. 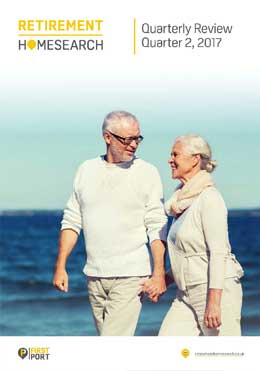 Highlighting changes such as the future planned increase in the state pension age and the review of the “triple lock”, RHS say these factors may give a boost to the market as people will have to consider downsizing to free up assets.

Retirement Homesearch’s Quarter 2, 2017 review highlights the importance of ‘proceedable’ buyers in the retirement market as a ‘critical factor’ that could be impacted by the changing financial landscape for tomorrow’s pensioners. 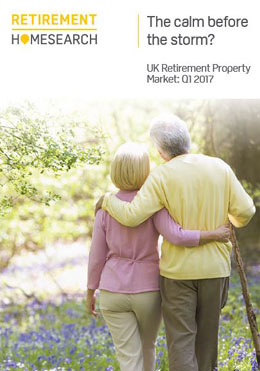 The UK’s leading retirement property specialist releases its latest quarterly review of the UK market and beyond.

The review highlights retirement property enquiries on the up, with a 17% increase in new registrations for the first quarter of 2017 compared to the same period last year, showing a resilient ‘bounce’ after a quiet final quarter of 2016.

However, as we all eagerly wait to see what happens here in the UK- particularly with the snap election now on the table for June - and we know that the property market doesn’t like uncertainty - this quarter’s edition looks at retirement living in other parts of the world. An aging demographic is common in many countries but the approaches to retirement are not. Maybe we, in the UK, can take some ideas from neighbours near and far. 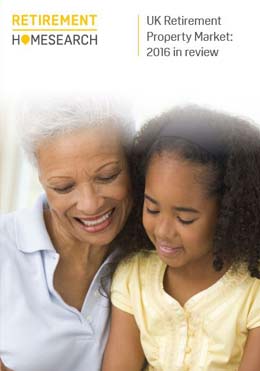 New research conducted by Retirement Homesearch has revealed a gap between the age people imagine they will downsize and the reality, with data showing that the age UK adults expect to downsize or move into a specialist retirement property increases as they get older.

Whilst the UK’s younger generation sees themselves moving into a retirement property at the mean age of 65, Briton’s aged between 55-64 year-olds say this won’t happen until they’re 70 with only 6% of over 65s surveyed having already downsized or moved to a specialist home.

The top reasons given for this inertia were finding the right property (48%), having to get rid of excess belongings (36%) and the emotional strain of leaving a family home (34%). Those surveyed were also asked what their most important factors were when choosing a new home to downsize to which showed that being close to family and amenities was the top reason (40%), with an easy to run, modern apartment as second (27%).

July 2016 - The state of the nation's housing: An ILC-UK Factpack

Significant increase in older people living alone, but millions are failing to adapt their homes to help them live independently